HACA’s mission is to support advocacy, education, and awareness efforts that build and sustain community among all people impacted by bleeding disorders.

The Hemophilia Association of the Capital Area chose to focus on these four strategic goals during their last planning session in 2019. A new plan will be developed in 2022.

HACA was founded in 1964 as the Washington, DC Chapter of the National Hemophilia Foundation. Admiral Gordon Nagler and Margaret Graham, each the parent of a son with hemophilia, were co-founders of the organization.

In 2014, to commemorate HACA’s 50th anniversary, current Executive Director and then-Chapter Administrator Brenda Bordelon wrote a history of the chapter using historical documents preserved by the chapter and interviewing past executive directors and board members. She then worked with a graphic designer to create a written history of HACA. See the sidebar to read “HACA Looks Back: 50 Years of Caring.” 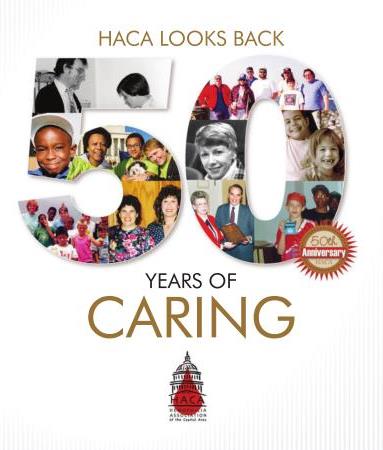